Back in September, 2016, we wrote about how there was hope for the Seymour River salmon and steelhead that had been blocked from spawning due to a massive, natural rockslide. Thanks to dedicated efforts by a number of agencies and organizations, including the Seymour River Salmonid Society (which has led restoration efforts from the beginning), there is justifiable hope that the obstacle will be cleared. Fish will likely get through again, and the river will return to its normal cycles of spawning and regeneration.

A CBC story in September, 2017 noted that over a thousand anadromous fish (salmon and steelhead) have been transported by volunteers around the rock slide, by truck, after being captured in a fish fence downstream. The rocks are being broken up, slowly but surely, by dynamite when water conditions permit, to open a passage for upstream spawners and downstream juvenile fish. Bronny and Rosie on the Seymour River.

The Seymour River is one of Vancouver’s scenic jewels with still-significant runs of steelhead, coho, pink and chum salmon. The upper watershed supplies drinking water to the Lower Mainland. 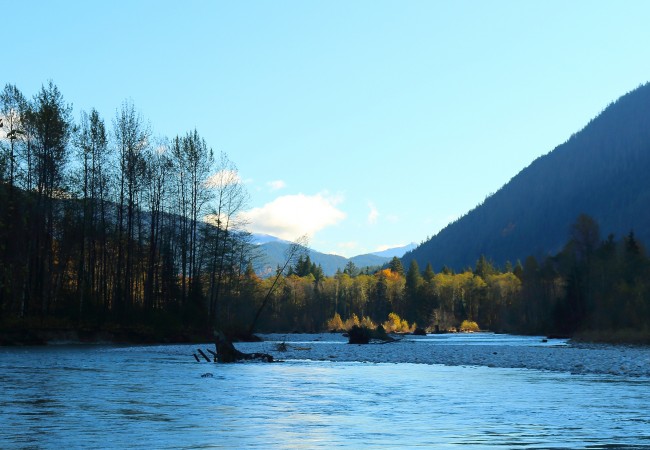 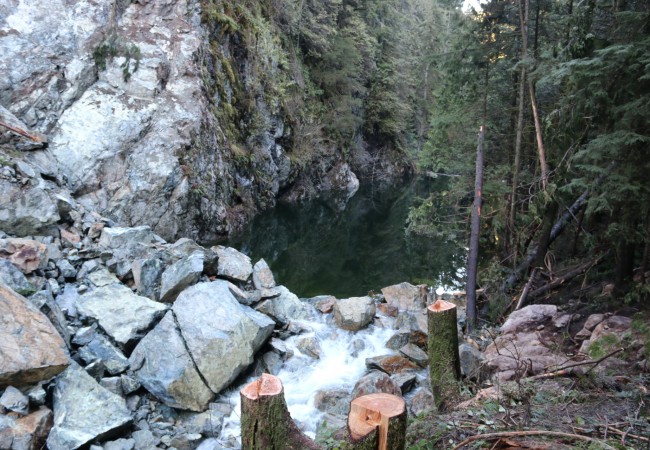 Last Rites for Seymour River Salmon and Steelhead?
In December of last year, a massive rock slide rumbled into the… 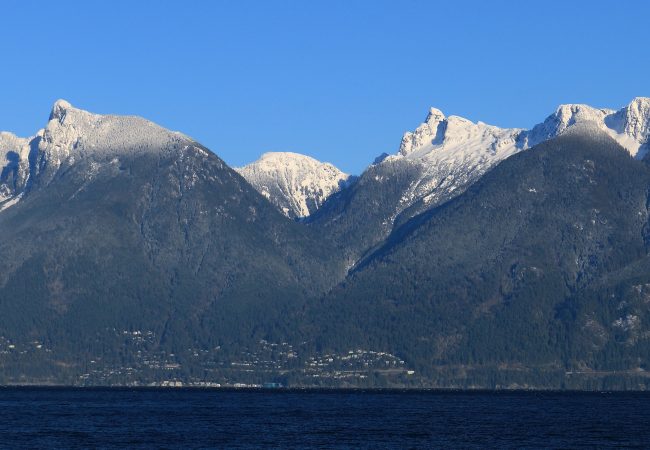