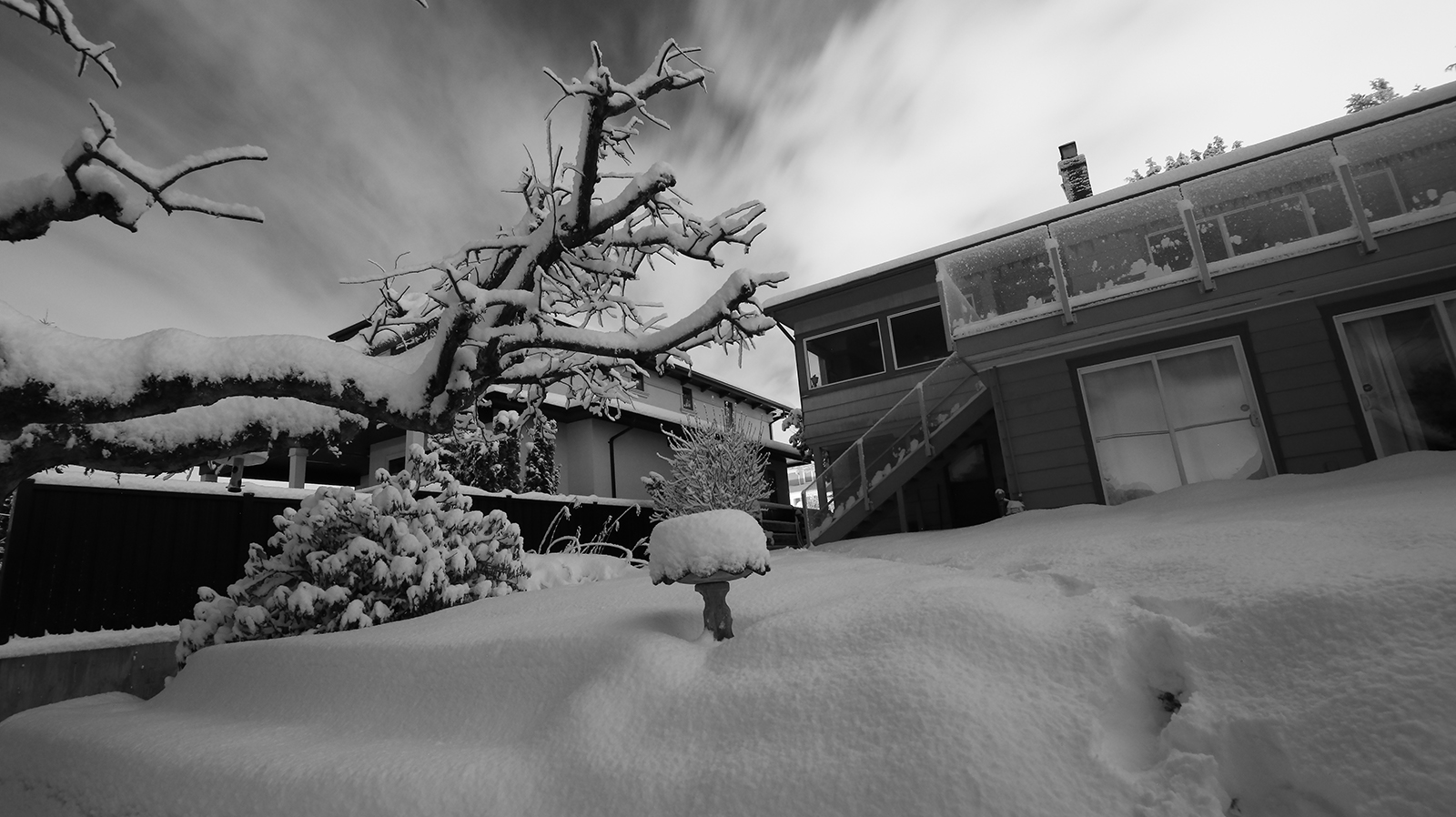 A fun way to engage with nature is to pay attention to the weather. Study it. Become a weather geek. Because it’s always changing. And with climate change now one of mankind’s most pressing issues, understanding our weather is more important than ever.

In the Northern Hemisphere, the oceanic cycles of La Niña (Spanish for “little girl”) and El Niño (“little boy”) create most of the variety in our weather. La Niña represents a cooling of the equatorial Pacific waters, while El Nino does the opposite – the waters warm up. These cycles generally alternate year-to-year and and vary in intensity, and they impact the weather in large parts of the world.

The mild La Nina of 2018 brought some unusually heavy snow to Vancouver.

In the Pacific Northwest, La Niña cycles usually bring cooler, wetter weather with more lowland snow, while El Niño cycles make us warmer and dryer. But as with anything in nature, nothing is certain or completely dependable. The winter of ’68-’69 occurred during a moderate El Nino, but it was an unusually cold and snowy winter in the Pacific Northwest.

There is often a rebound effect, too. A strong El Niño is often followed by an intense La Niña. The La Niña cycles tend to last longer, as well, sometimes for over two years.

Here’s a terrific site about both cycles with a table and graph spanning the past 60+ years.

Some other related stories on this site can be found here:

El Niño is El No No