It’s August in an odd-numbered year, and around here that means the pink salmon are arriving in our local rivers. At times (and who can truly claim they know which times?), pinks will eagerly take a wet fly. Other times…well, you might as well be flinging a bare hook or a ham sandwich. Last week we tried for pinks on the lower Squamish River, north of Vancouver. Even on a Thursday morning, playing a bit of hooky from work, we found the river crowded with anglers flinging both flies and spoons. The action was medium for the most part, with perhaps six or seven fish landed in the morning amongst a dozen or so anglers on this particular stretch of river. Fishing in close proximity to one another, the entire group was congenial, accommodating and respectful for casting and fishing room. Fishing etiquette is not dead. Yet. The best flies for pinks are…wait for it…pink. No other color seems to work as well, especially when combined with some sort of sparkle material. The flies need not be big, either. The guy catching the most fish that morning used about a #6 pattern tied in a pink-orange color and with a sparkle wing. Most fish were caught in shallow water (even 12″), close to shore, using a slow swing and allowing the fly to hold dead in the current at the end of the drift.

Pink salmon runs in British Columbia are, for the most part, in good shape. The Fraser River run for 2015 is estimated to hit 20 million fish, but Fisheries and Oceans Canada has a helluva time getting these forecasts right. The wild card for 2015 is the record low water level of most rivers. What will this mean for spawning success and future pink runs? We have entered uncharted waters (pardon the pun), and all we can do is see how the fish and mother nature work this out–if they do.

Aside from the fishing, we were treated to exceptional weather, stunning scenery and the scrutiny of a bald eagle–perhaps looking for a fish gut lunch. 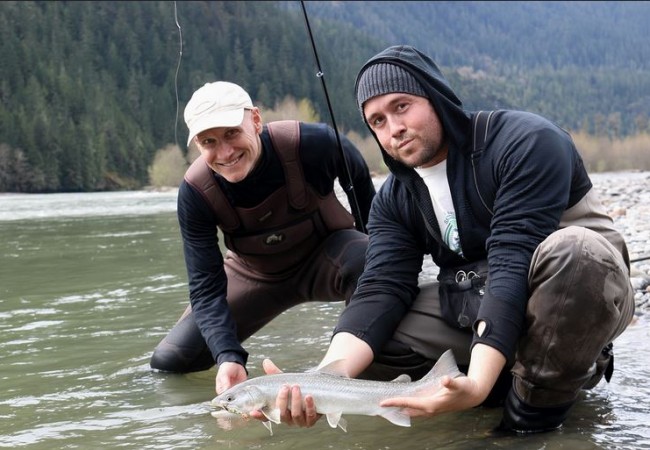 Fish Respect
Next time you hook a fish, show some respect. For… 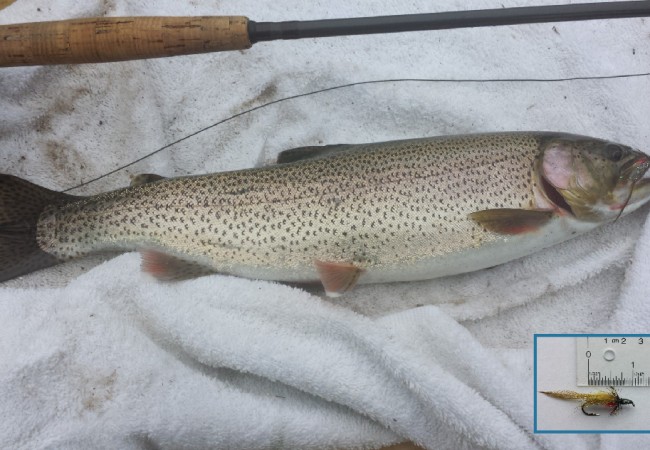 Afternoon Surprise on Sakinaw Lake
Looking mostly for some time on the water, I launched…
Recent Posts
Archives