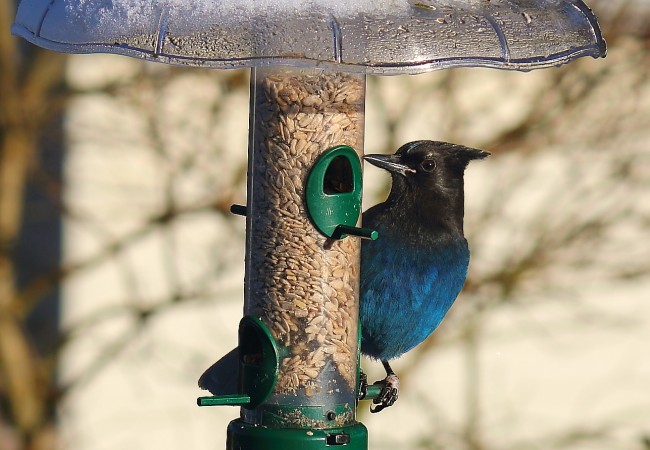 We’ve known people who enthusiastically killed Steller’s jays with pellet or BB guns. Why? Because these aggressive birds are bullies at bird feeders and predators of songbird nests. They’re also noisy and raucous, and some people simply find them annoying—especially when gangs of jays are on patrol.

But kill them? Come on.

For one thing, shooting any songbird is illegal. For another, cats, crows and glass windows take a far greater toll on birds. Steller’s jays do what any wild creature does to survive; they follow their instincts and their genetically programmed behavior. Which happens to include bullying and occasionally killing other birds.

Fortunately, Steller’s jay populations are relatively stable in their range, which covers a broad swath of western North America. They’re named after a guy named Georg Wilhelm Steller, a German botanist and also Arctic explorer who found the jays along the coast of Alaska way back in 1741. He is reported to have discovered six species of birds and mammals during his voyage. Two are extinct (the Stellar’s sea cow and spectacled cormorant), and three are endangered or in severe decline. Only the steller’s jay has sustained itself. According to the Smithsonian’s Birds of North America, populations are stable, attesting to the bird’s ability to adapt to changing environments—and probably to avoid pellet guns.

Steller’s jays are also clever mimics. They’ll imitate a crazy repertoire of wild creatures, including cats, dogs, frogs, chickens, and even mechanical objects such as a squeaky screen door. So if you think you might want to shoot one, consider its entertainment value, if nothing else. 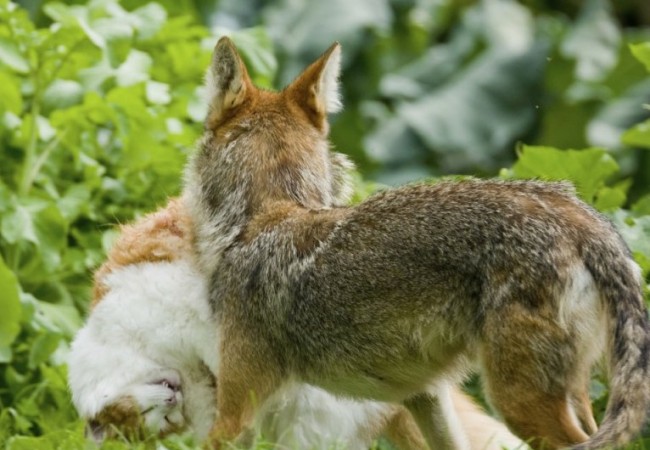 The Urban Coyote: a Songbird’s Best Friend
Anyone who lets their cat roam free needs to accept the… 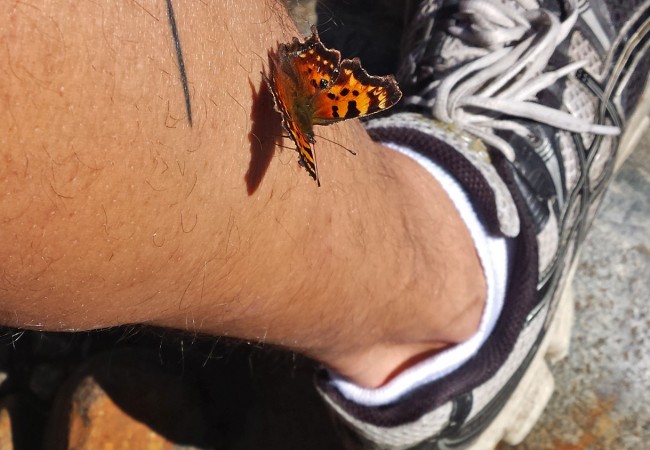 A Green Comma on the Leg
Butterflies seemed more abundant when I was a child. Statistics… 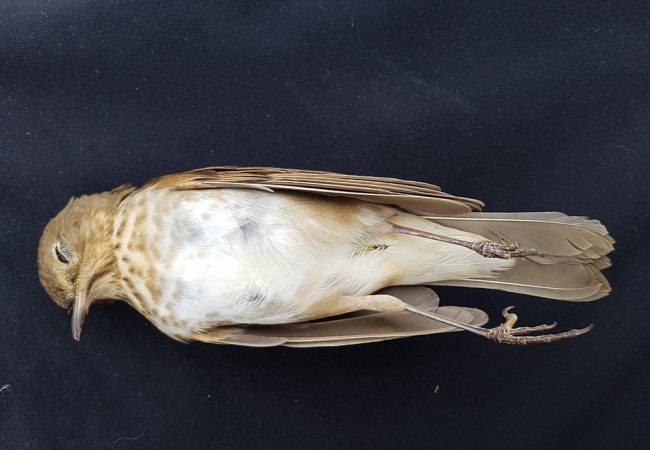 On the Death of a Veery
Our windows may be killing a billion birds a year.…